Today, April 22, Earth Day is celebrated, and the moment was marked by an interesting international event, the “Earth Day” Symposium organized on Saturday, April 20, 2019, in Adjud – Vrancea County and reached its 13th edition.

From the Rotary Club VARANA participated Mrs. Rodica Dinuță, as vice president of the club, and Dr. Vasile Oșean, honorary member of Rotary VARANA Focșani, both honored with the Paul Harris Fellow distinction for involvement in Rotary projects.

Vasile Osean also held a communication session with the theme “Exceed your limits respecting the Earth!”, Setting his own example from 2018 when, with the courage to go beyond his limits, together with three teammates he crossed the Atlantic Ocean in a boat with rowing.

Other prominent members and personalities in the field of earth sciences participated in the symposium, among which we can list on Valeriu Turea – Minister Counselor of the Embassy Rep. Moldova, Corneliu Iațu – rector of the University ”Al. I. Cuza ”from Iași and the president of the Geography Society of Romania, Ion Lazarenco Tiron – nominated for the Nobel Peace Prize by Rep. Moldova and the only man in the world who swam from the first test the seven straits of the Planetary Ocean, Nicolae Parcevshii – the president of the Center for Historical-Military Geography of Rep. Moldova, but also university lecturers and distinguished professors.

This event, one of the most lasting manifestations in our county, was a gift dedicated to Earth, our home that we must respect and protect. 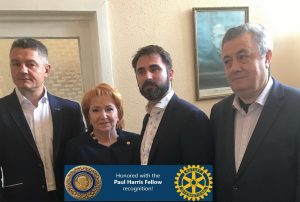 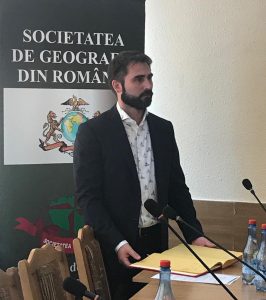