The Rotary VARANA  Club  lent a helping hand to the judo champions from the Unirea Focsani Sports Club, which were in the unpleasant situation of not being able to participate in competitions because they didn’t have white-and-blue kimonoes, approved by the International Judo Federation.

This fact has been brought into attention by Monitorul de Vrancea in an article from April 16, 2013 in which it was mentioned the situation of the 3 judoka (Andreea Stefanescu, Albert Florea and Claudiu Parnea) who received medals at the National Championship Under 21 from Deva, but who were incapable of representing the  Focsani judo club at the national( Pitesti) and international competitions ( the Balkan Championship and the European Cup from Teplice, Czech Republic) due to their lack of equipment and money necessary for their movements.

The Rotary VARANA  Club  helped the 3 champions and ensured them the necessary resources  for purchasing the kimonoes and for their movements, because it is always there by the sportsmen from Vrancea who successfully represent Vrancea county in national and international competitions. 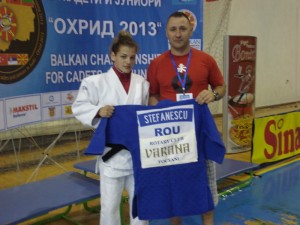 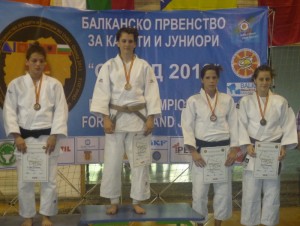